Some Gave All Films is more than a company. It has been an adventure 20 plus years in the making!

Ryan Hulce and Peter Mooney first met back in the late 90's in a small town on the Michigan/Wisconsin border. Friendship sparked over their mutual admiration of the outdoors, interest in video games, paintball, and all things military.

A few short years later they would embark on divergent military paths. Peter joined the Air Force as an officer through the AFROTC program, and Ryan began a nearly 11 year career in the Army National Guard. They also chose different colleges to attend. However as fate would have it, they would remain close and even meet their future wives who went to the same high school hundreds of miles away.

Fast forward to the early 2010’s and the pair would find themselves in the same city once again, only this time 400 miles away from home. As they soon realized Grand Rapids Michigan is just a short drive from many world-class trout rivers and countless streams. So over the next 8 years they honed their skills and knowledge of all things trout fishing as family and jobs allowed. On many of those trips to wave fancy sticks in the air, they often spoke of creative endeavors. There were talks of books to be written, songs to be parodied, and graphic novels to be drawn. Much of these Ideas revolved around a couple of characters going by the obvious code names of “Drift and Rusty”.

Meanwhile, Ryan became close with another group of creators. Soon attaching himself to a number of projects being produced by ZOS Films, making himself available both in front of and behind the camera, from lighting and sound, to writing and editing. There was even some talk of writing a script for a short film starring Drift and Rusty, however ZOS got busy quick, and many of the passion projects had to be tabled for the time being.

2018 brought about more changes, as Peter and his family moved to warmer climes. Ryan found his way home to the snowy motherland of Michigan’s Upper Peninsula. Our story though is only just getting interesting! 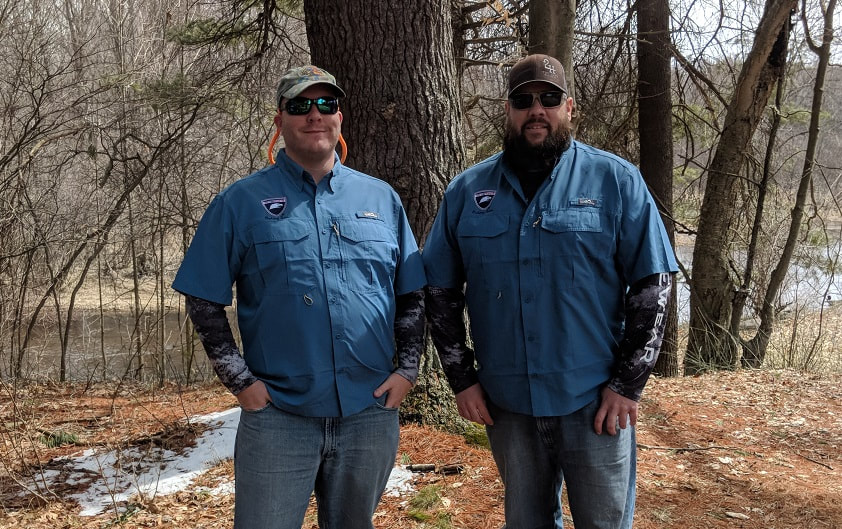 ​Sometime around February 2019, Ryan came across an article stating that Idaho has a bounty on certain fish in a certain river. Jokingly he sent Peter an email with the subject: “Do you want to become bounty hunters”. A week or so passes and Ryan forgets about the email, then he receives a message saying “guess whose wife said he can become a bounty hunter for the summer”. From there it was a whirlwind as it took only a few days before there were itineraries drafted, maps collected, locals contacted, and a rough plan began to take shape.

During the planning stages of their Adventure of a Lifetime, they began to kick around the idea of documenting the trip and giving it some production value beyond just “your father’s home movies”. Some Gave All Films was conceived. As a maiden project they intend to film a documentary of the trip, beginning in Michigan and culminating in the rivers and mountains of Idaho. Being a month-long adventure, they are planning to produce either a feature length unscripted documentary, or a series of short episodes. There is sure to be lots of fishing action, and knowing these guys, plenty of blooper footage. We may even get our first glimpse at the legendary Drift and Rusty!

We are thrilled that you are here to witness the birth of something with us! At the risk of sounding cliché, fasten your seat belts, keep your hands and feet inside at all times, and prepare yourself for everything that Some Gave All Films is about to bring home to you!
*Editor’s Note*
We would like to take a moment to explain why we chose the name Some Gave All Films. As a veteran founded company, we want  to remember those who have made the ultimate sacrifice and gifted us the freedom to do what we love.
HOME     SERVICES     OUR STORY     BLOG     CONTACT